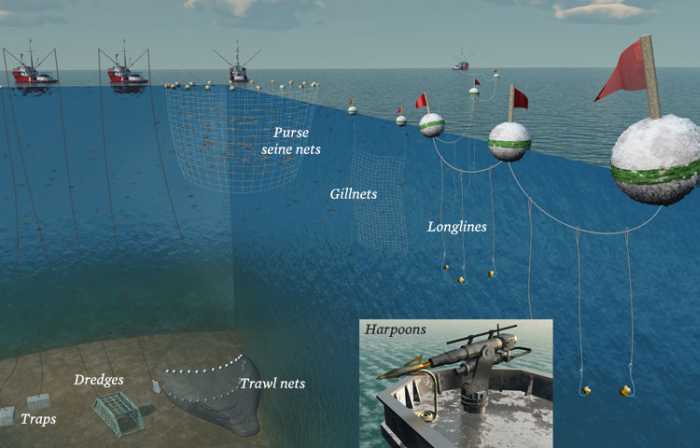 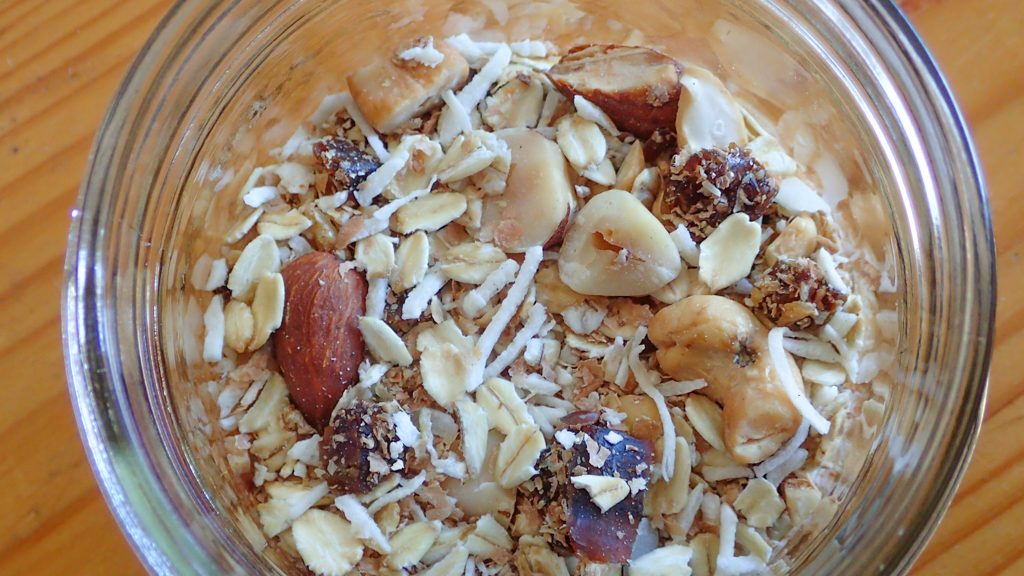 Either you are a breakfast person by nature or you’re not — I’m not. Give  me a cup of coffee first thing in the morning and I’m good to go. And while I’ve made some health improvements over the years (it used to be coffee and a cigarette first thing in the morning) I’m still feeling the need to clean up my eating habits. So I started with breakfast and this super easy, super healthy muesli recipe.

Muesli is definitely a good choice on the health front. Because it is pre-soaked (in yogurt or soy milk, almond milk, whatever) I find muesli super easy to digest because, again, I don’t usually eat first thing in the morning. It’s homemade so I can control the amount of sugar I use (other than what’s in the dried fruit, the recipe below adds none). It’s full of fibre and, with all the raw oats, it will not only keep you fuller longer, it will also get you burning more calories (more on that here). I don’t know about you but I need to burn some more calories…

Muesli is also perfect for for the non breakfast type because it’s fast. Mix half a cup of this with yogurt and let it soak while you’re  getting ready in the morning. Or better yet, (if you’re organized)  throw it together the night before and it’s ready to eat while you’re waiting for that precious first cup of coffee to brew.

The biggest argument for eating muesli in the morning though is that it’s delicious. Top it with fresh fruit or just as is, you can’t go wrong.

Mix it all together and you’re done. Easy as that.

Confession time: coffee and cigarettes were my breakfast vice for over 20 years. Anyone want to confess an unhealthy vice past or present? Dare ya to comment below. 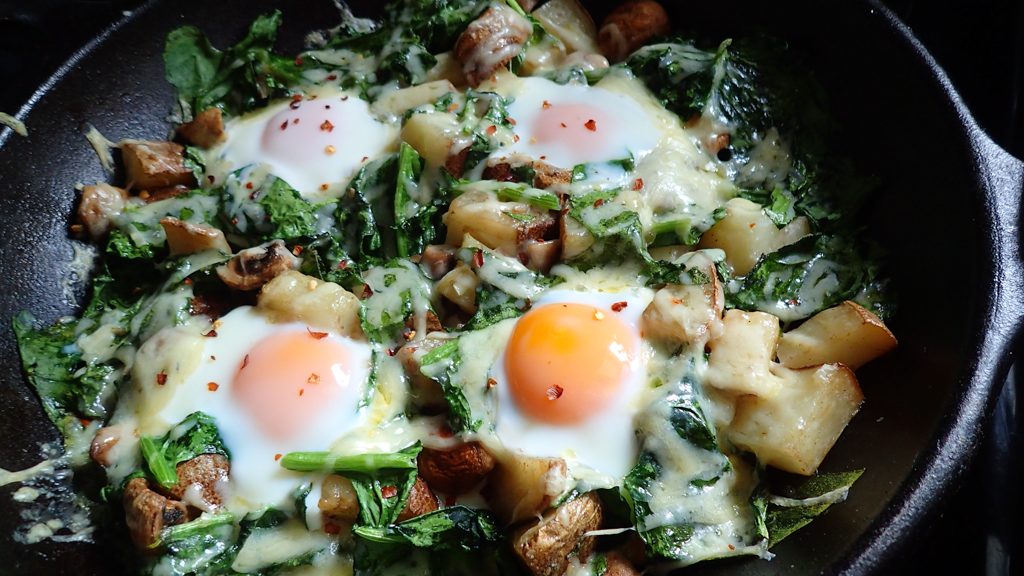 This is basically a fancy version of a Swedish Hash–leftover roasted veggies and potatoes with an egg on top–only the potatoes and veggies are cooked up fresh. And this version has cheese, not just any cheese either, this has Gruyere. Very Fancy. You’ll be wanting to whip this dish up when when you’re out to impress that special someone with a super special brunch after you two have uh, you know…

It’s super easy, and that’s why I like it. I don’t have time to fuss (too much) in the kitchen. Preheat your oven to 400F (200C) toss your potatoes in oil and salt (this was a spice mix gifted by a client, but it’s basically salt) and place them in an oven safe pan. Roast for 10-15 minutes (depending on your oven).

Pull your potatoes out after the 10-15 minutes and add the mushrooms and garlic. Stir it all about and put it back into the oven for 10 minutes. It’s going to look like this going in:

Pull it out after 10 minutes and stir in the spinach:

Then add the cheese and eggs and cook for another 6-8 minutes until the eggs are set.

Final product seasoned to perfection. Dig in and enjoy. What’s your go-to brunch delight? Let us know in the comments below. 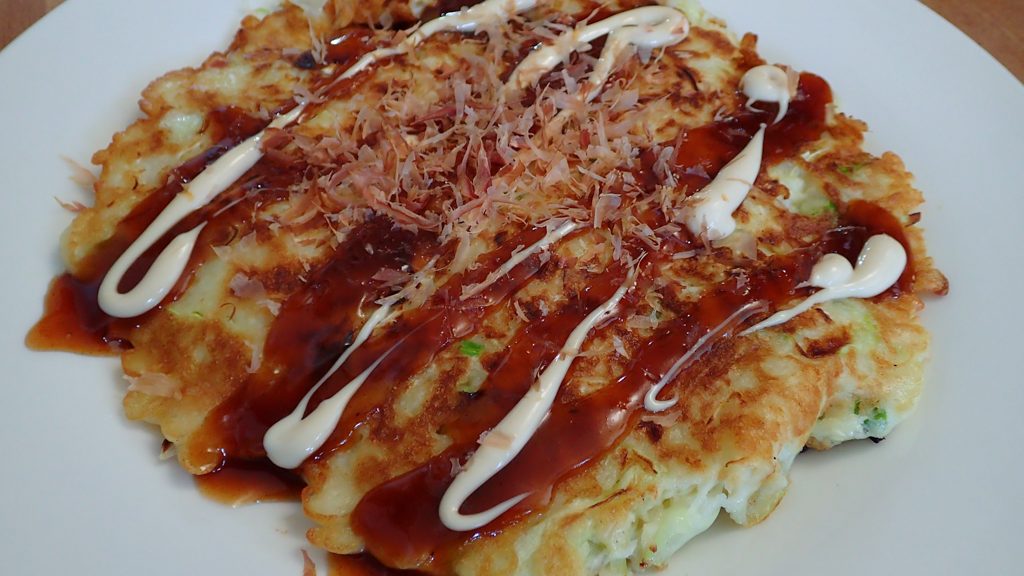 One of my many fond memories of living in Japan is the Okonomiyaki Party.  The host would supply the staples and the friends brought the beer, along with any special ingredients they wanted to include–because that’s the beauty of okonomiyaki, basically you can put whatever you want in it–and the party was on. I love communal cooking, because everyone has a slightly different take on what’s tasty. So people would create all of these interesting variations of okonomiyaki, some with meat, others without, some with kimchi, or seafood or yams or…whatever they want. The possibilities are endless! So start with the easy okonomiyaki recipe below and get creative.

For those who don’t know, okonomiyaki is like a vegetable fritter, a basic batter with a vegetable ingredient, usually cabbage, fried and topped with a sweet sauce. But that description does not do the okonomiyaki justice because it is way more complex and delicious than that.

This is a simple recipe designed for you to add whatever you want from there. The dried goods you will need are okonomiyaki flour, panko (to make the batter a little more fluffy) and katsuobushi, or dried Bonito flakes.

Cats love Katsuo by the way

Toppings are the other thing you might have to hunt around for. Any Asian market will have these though. For an authentic okonomiyaki experience you should use Kewpie Mayonnaise (the one in the creepy doll bottle) but I didn’t have any so the Wafu Mayo worked just fine.

From here on it’s super easy.  Mix your flour and water (measurements below) then add your wet ingredients: Heat up your pan and add your batter and now it’ll look like this:

And then once it’s cooked and topping have been added you will get something like this.

Good friends, good food, good fun–it’s the perfect combination. So get on your contacts list and gather your people for an Okonomiyaki Party. It’ll leave you with fond memories, I promise you.

(What’s your favourite okonomiyaki combo? Let us know in the comments section below.)